Information corresponds to their canon universe and may be different for other stories.
Character ages are for the start of their stories. 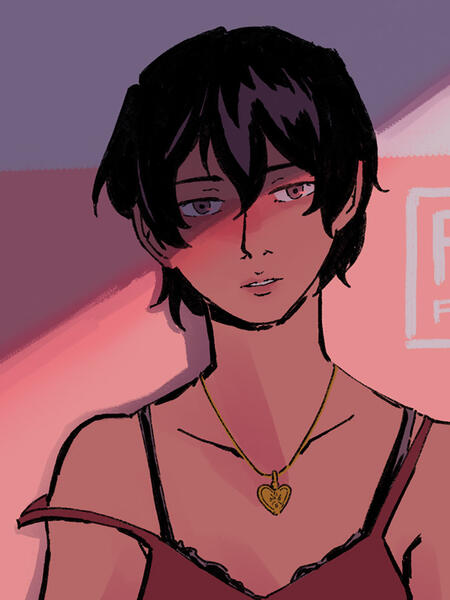 They/them | 20y/o | Pisces
Nathaniel is an introverted individual who struggles to make connections. Independent yet frustratingly dependent on certain facets of their life, Nathaniel just wishes life won’t sweep them away.
Nathaniel appears in Sixth Sense and an alternate universe, Deuce. 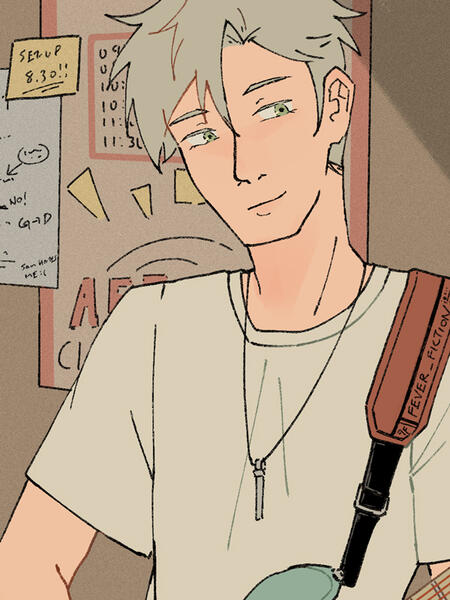 He/Him | 21y/o | Sagittarius
Hal is a friendly and charming boy. Some find him to be emotional and fickle, others say he’s got a kind heart. Whatever it is, one thing that’s certain is his love for music.
Hal appears in Sixth Sense and an alternate universe, Deuce. 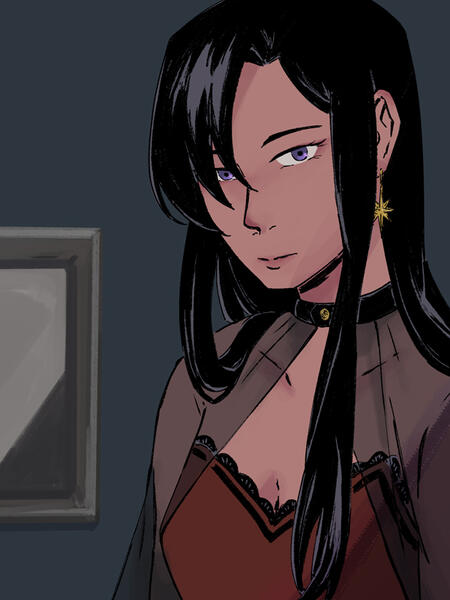 She/her
A ghost, a god, a curse — nothing is quite the right word. Existing in isolation by design, there’s never been anything for her to build upon. Still, there’s a fierce spirit in her somewhere, truth left undiscovered.
Lisa appears in Sixth Sense and an alternate universe, Deuce. 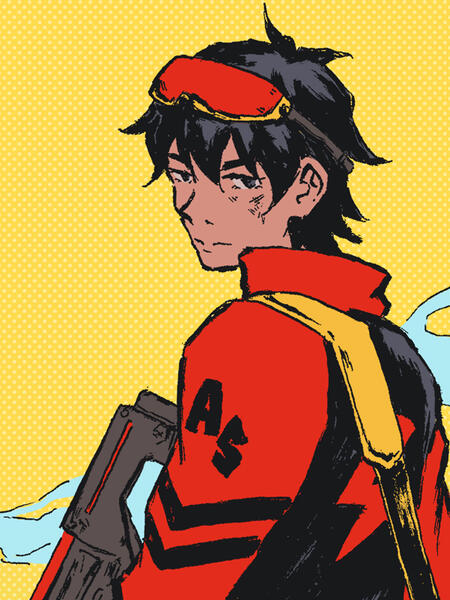 He/him | 15y/o | Taurus
Infamous for his track record as a delinquent, Ellis is blunt and confident of winning most fights. He’s selectively kind and prefers never talking about the dark and violent past.
Ellis appears in After school. 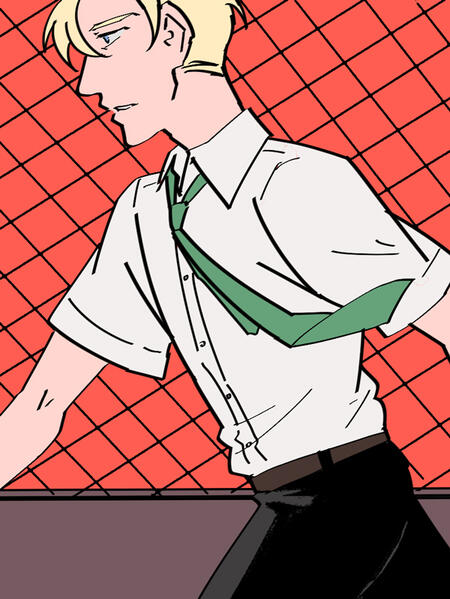 He/him | 15y/o | Virgo
Straight As on the report card but a terrible personality — Dante doesn’t get along with most people. He’s a hard worker but doesn’t shy from playing dirty. Surviving is the key, anyway.
Dante appears in After school. 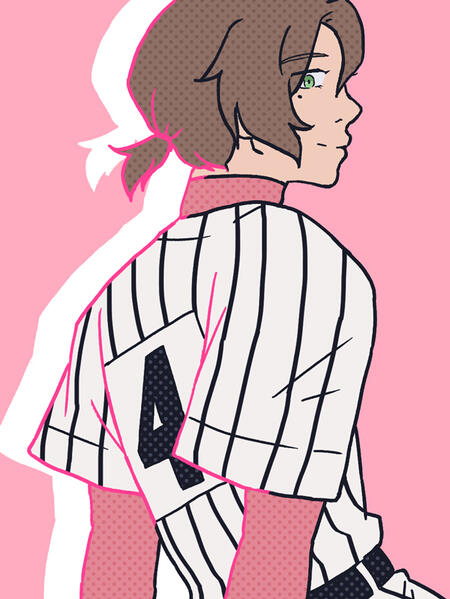 He/him | 15 y/o | Cancer
A meticulous and prickly boy, Adrien tries to be nice (he really does). But let’s just say falling in line with others was never in his cards. That and his many underlying personality problems.
Adrien appears in After school. 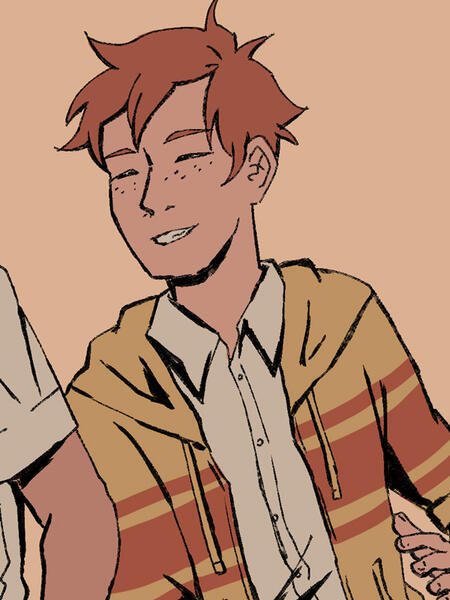 He/him | 14y/o | Leo
Chester is inspired by many things: superheroes, his brother and some of the cool upperclassmen. He’s a little too young, but he’s got heart and that’s how you change the world, right?
Chester appears in After school. 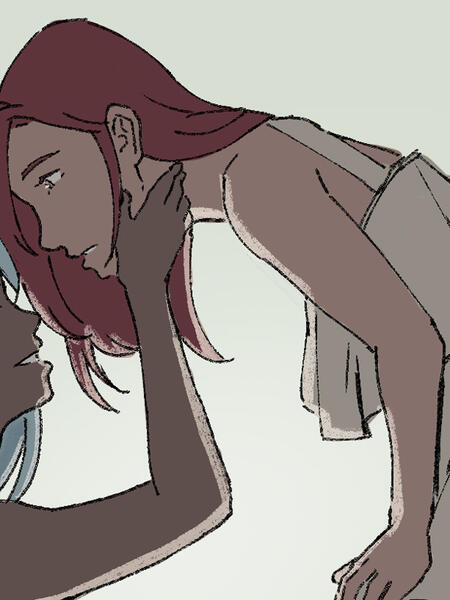 She/her | 24 y/o
Quiet and incredibly reserved, Alan finds comfort in working with machines. Then she’s recruited to be a pilot in an important deep space mission. Her talent keeps her afloat, but everything else is quite too much to bear.
Alan appears in an unnamed future project set in space. 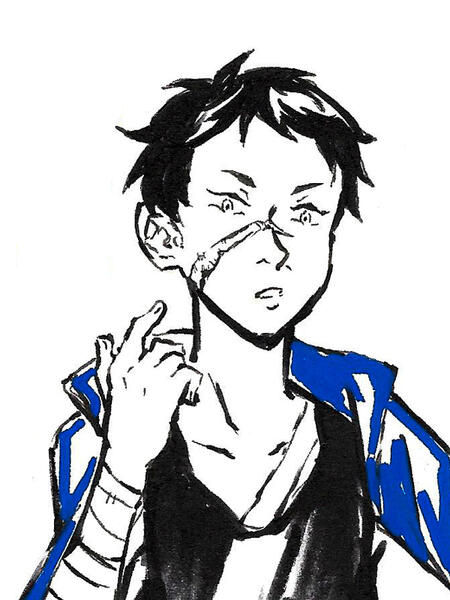 He/him | 15 y/o
Dagen loves cool space things and is extremely thrilled to be a pilot. After all, it’s the promotion of a lifetime from fighting as canon fodder in the endless war. Nevermind the ghosts that trail him in the corridors.
Dagen appears in an unnamed future project set in space.